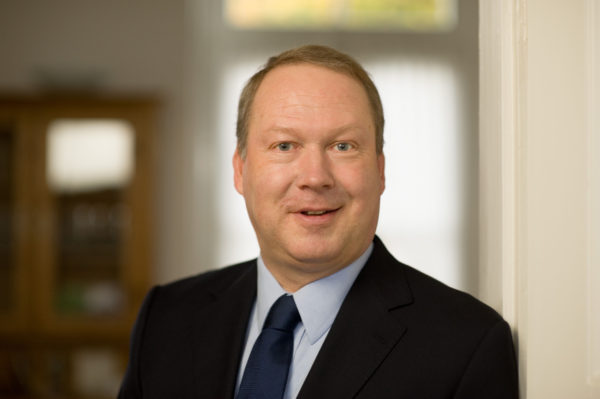 Max Otte, Ph.D. is initiator of the Max Otte Multiple Opportunities Fund and founder of the IFVE Institute for Wealth Management in Cologne, Germany.
Since 2001 he has been full professor for general and international management in Worms. Since 2008 he is on leave of absence without salary. From 2011 to 2016 Max Otte was full professor for quantitative and qualitative business analysis at the Karl-Franzens-University in Graz (Austria). In 2016 he left this position to concentrate on capital market analysis and his investment funds.

Max Otte studied at the University of Cologne (M.A. in economics 1989), American University, Washington, D.C. (courses in international economic policy, finance, financial statement analysis, 1986 – 1987) and at Princeton University (1989 M.A., 1997 Ph.D. in international political economy). During his college and university years, he had numerous internships and student jobs in industry and finance.

Otte experienced the crash of 1987 as an intern on the trading floor of the Frankfurt Stock Exchange. As a student in the U.S., he met with John Kenneth Galbraith, Milton Friedman, Charles Kindleberger, Paul Volcker and George Kennan. Ben Bernanke was the director of his doctoral program in Princeton. Otte held his first positions as a project manager for Kienbaum & Partner, overseeing a study for the reorganization of United Nations Development Programme in New York for Kienbaum und Partner, as a project manager for Arthur D. Little managing the reorganization of the German ministry of economics and as M&A-advisor for small- and medium-sized companies at Niggemann & Partner.

Max Otte has been active as an entrepreneur in financial information and investments since 1998, when he planned to bring the Motley Fool Inc. to Germany. Since 2001, Otte does not take on advisory contracts for companies and organizations but devotes his time exclusively to strategies for wealth building and management for private investors. In 2003, IFVE was founded. In 2007, along with Hendrik Leber and Frank Fischer, Max Otte belonged to the founding directors of the (public purpose) Center for Value Investing e.V., an institution with the objective to bring the principles of value-oriented investing to a broader public. Max Otte occasionally visits the Berkshire Hathaway general meetings, and counts Bruce Greenwald, Ben Graham, Francisco Garcia Parames and other value investors as strong influences on him next to Buffett.

In March of 2008, the PI Global Value Fund (WKN: A0NE9G) was launched which Otte advises to this date. Since the beginning on 18.03.2008 to 05.06.2018 the fund increased by 138.7% (8.9% p.a.). The MSCI World generated 99% (7.0 % p.a.) in the same period. The largest outperformance vs. the MSCI World was achieved in 2010 and 2011, when the fund was a focused long-only fund. In February 2011 the fund was transformed into a UCITSiIV fund which cannot hold physical metals or a very concentrated portfolio. In response, the Max Otte Multiple Opportunities Fund was launched to allow Max Otte to implement his investment style without restrictions. In the year 2013, the PI Global Fund was named „best global equities fund“ by the German rating agency FERI Trust.

In his 2006 book „Der Crash kommt“ (The impeding Crash“) Max Otte predicted a financial tsunami, triggered by U.S.-subprime, for the years 2007 – 2010, most likely 2008. After the crisis hit, Max Otte gained national and international prominence as and appeared regularly in German national tv. He has lecture at a great variety of institutions and events, investment banks, insurance companies, saving and loan institutions, the Dutch CFO-day, the protestant church, the nordic finance union, Austrian SPÖ and ÖVP, the Konrad-Adenauer- Foundation, der Petra-Kelly- Foundation, der Friedrich-Naumann-Foundation, business institutions, government and non-profit organizations. In 2015, Otte largely withdrew from public speaking to focus on capital markets analysis, his investment funds and his investment business.

Otte does not view himself as a „crash prophet“, but as anti-cyclical value investor. In March 2009 he told investors´ magazin Stock Exchange Online (Börse Online), that he felt „like a kid in a candy store with sales clerk and parents absent. You can have everything. I am telling all people: buy stocks.“ 2009, 2010 and 2011 Max Otte was elected investor of the year by Börse Online (Börsianer des Jahres) and accepted into Börse Online hall of fame.

Max Otte has been the publisher of DER PRIVATINVESTOR (THE PRIVATE INVESTOR) with weekly stock and capital markets information for private investors since 2003.

Otte is author of many books, among others: 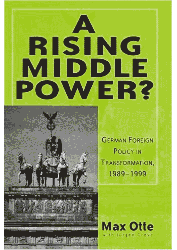 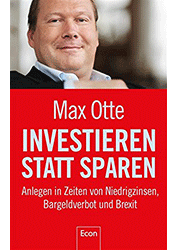 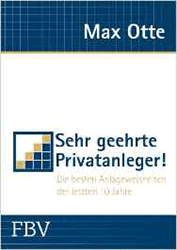 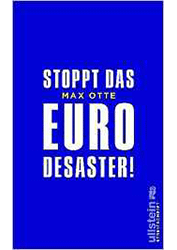 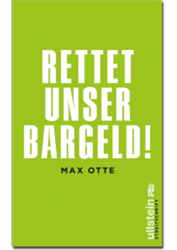 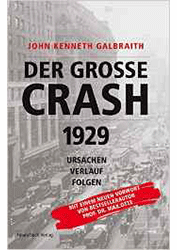 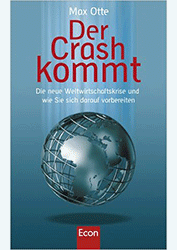 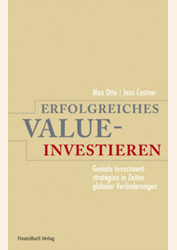 Max Otte lives in Cologne and in the Eifel Mountains near the Belgian Border, has two sons and a daughter, a vegetable garden, likes to hike and plays the e-guitar, preferably a Fender Telecaster with a Marshall tower.